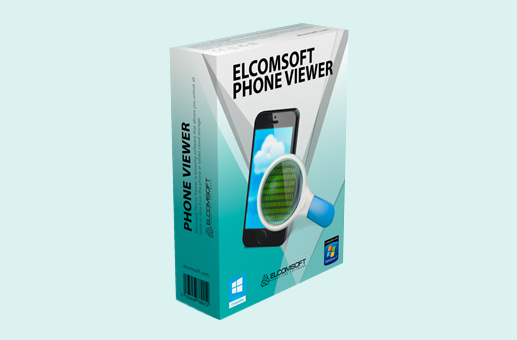 Elcomsoft Phone Viewer 3.50 is a major update, adding the ability to view two additional types of data and enabling compatibility with iOS 11 backups. The new Applications plugin allows viewing which apps are installed on the iOS device being extracted, including the original purchase data. The Wi-Fi plugin enables access to saved Wi-Fi and their passwords. Finally, iOS 11 support allows accessing backups produced by devices running Apple’s latest version of iOS.

Elcomsoft Phone Viewer receives a major update. Version 3.50 includes support for two additional types of data, Applications and Wi-Fi networks, and boosts compatibility with iOS 11, adopting to the changes made by Apple to the data formats. This release perfectly complements the recently updated Elcomsoft Phone Breaker 8.0, the tool to recover passwords and decrypt iTunes-style local backups produced by iOS 11 devices.

The Applications plugin displays comprehensive information about the apps including the app version, category, and Apple ID that was used to make the purchase. Since some of that information is not available in the backup, Elcomsoft Phone Viewer automatically requests additional data via an online connection through iTunes.

By making use of the Applications view, experts can gain insight into which apps the user had, which social networks they use, and which messaging tools they communicate with.

The new Wi-Fi plugin displays the list of saved Wi-Fi networks along with SSID names and passwords. Additional network parameters include network BSSID and encryption standard (the most common being WPA2-Personal and no encryption).

In addition, Elcomsoft Phone Viewer automatically extracts the date and time of first joining and last using the network. Experts can sort the list by last connection time, thus tracking the user by seeing which networks they joined during a given time period.

The update is free of charge to all customers who purchased or renewed their Elcomsoft Phone Viewer or Elcomsoft Mobile Forensic Bundle license within one year. Discounted renewal is available to customers whose maintenance plan has already expired.